Meet Daniel, one of our Youth Ambassadors. Before he graduated, he was a member of the DRASA Health and Hygiene Club in his school from 2017 – 2019. Read his interview below to learn about his life story and time with DRASA. 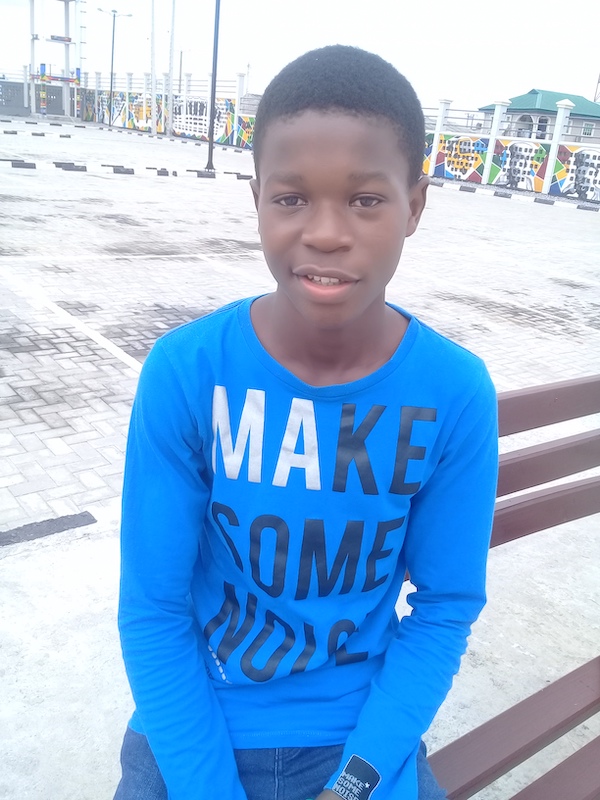 So, what does Daniel enjoy?
If you’re asking what I love doing, I can say I love writing, I love listening to music, and I love singing. I love exploring and finding out new things. I’m very very curious to know lots of things. My number 1 way of having fun is that I enjoy researching – when I’m finding out new things and going to places just to see and explore; that’s one of the things that gives me joy.

What’s your family like?
There are 7 in my family, 5 children. My older brother is at the University of Nigeria, Nsukka (UNN) in Enugu State in his third year and I have 3 other younger siblings. My dad works for a car dealer and assists in selling cars in Lagos, while my mum sews, she’s a tailor. I live with my parents.

What did you enjoy most about your childhood?
I don’t really have any fun memories. When I was really small, most of the things I remember were probably when I had injuries, but I can’t really say I had any favorite memories of my childhood.

The only memorable day I think I can still remember was my gradation from primary school. What made it memorable was because that was the first time I was actually parting with my friends – friends that I actually grew up with, right from nursery school, the ones that I really loved spending time with. Those were actually the first friends I actually made, so we were really close then and on the day of the gradation I just knew I wasn’t going to see all of them again for quite a long time and it was actually true. There are only very few of them that I can actually say we still talk. So, graduation day was a very memorable one and I really enjoyed it.

What challenges did you face growing up?
The challenge that I know is really a problem right now is the economic situation; not only in Nigeria but in my family. It’s really hard. I was actually in a private school before but when things started getting rough, I was moved over to a public school.

I remember the day I got my result from the Joint Admissions and Matriculations Board (JAMB) university entrance examinations, I was really happy and everyone knew the score was very high and it was not normal to hear around here. It wasn’t as if my mum was not happy but the first question she asked – where her mind went to was “How am I going to school?” She and everyone around me are saying they are very confident I’m going to get admission into school. My mum was like “God, you’ve already given him the result, just make a way for him.” That’s just the challenge; I think apart from that every other thing is fine. 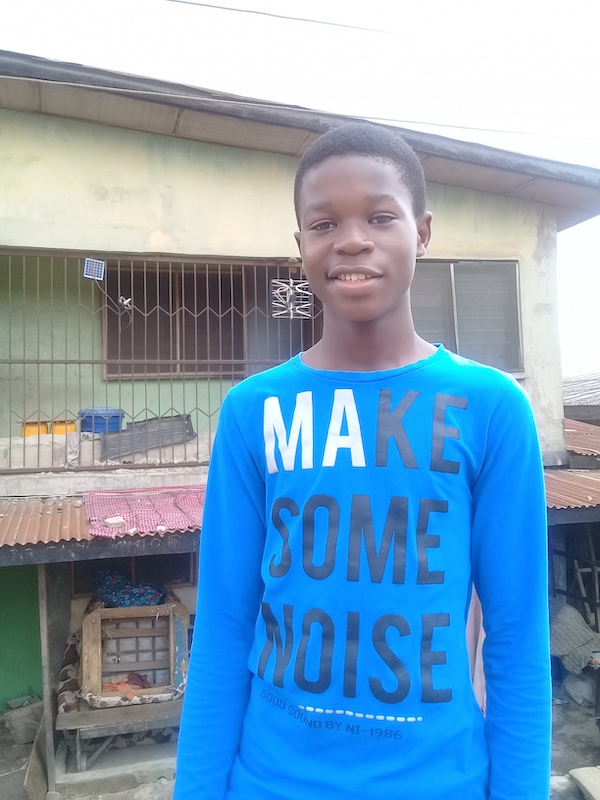 What would you like to become in the future?
I would like to be a journalist, an author.

Do you have a story you would like to share?
I want to talk about a competition I won in school. I’m the kind of person that used to be a very shy, I didn’t like being in the limelight. I was just used to being myself. So a group of people brought fliers to school telling us about the competition they were going to host in our school and I just felt I had to go and find out more. It was actually an essay and spelling bee so I prepared for both of them.

I started doing my research, going online, and I just kept on doing it for fun and honestly, that was when I realized the joy I get when writing – just researching, finding out about things, trying to put things in my own words. So I finished preparing everything but it was really really tough. There were nights I did not sleep. There were times I had to put some other things aside. At the end, I showed the essay to one of my neighbors who is in university just to help me read through. I realized my words were a little bit too long and I exceeded the limit they gave. So she helped me cut out some things and I submitted.

After that, I met some other people who said they also submitted essays and these were people I really respect in school so I was already feeling scared that they would definitely win. We waited for some weeks and I was not around when they announced the result. When I came back I started chatting with my friends and asked what was the outcome of the essay competition. They said I won; though my friends and I really joke a lot, so I thought maybe they were just trying to joke with me. But they said that I actually won and I was really surprised.

The reason I wanted to narrate this story was this was one of the things that actually pushed me to dare to write. I had never felt like that before. Later, I found another essay to write, and I wrote that one too and it was really interesting. Though I didn’t emerge as the winner, that didn’t really stop me from continuing to write.

Let’s talk about DRASA. Are there any values that being a DRASA Ambassador taught you?
Health, health, health. It has actually made me to be more conscious about my environment. There were some things I used to see before and just felt they were normal, but after some lessons in the DRASA Club, I actually found out that these things are actually bad. So being an Ambassador has built this consciousness in me. I actually got interested in health and hygiene when I joined the Club and the DRASA team encouraged me to talk about health before the whole school.

Is there anything else you want to share with us?
I just want to share something about my future. Even though right now I’m still confused, I definitely know everything will unravel itself. My future is definitely bright. Though it might be very challenging, I see myself becoming a great person, I see myself becoming a model to several people, not just in Nigeria but all over the world.