What happens when the germs around us become stronger than the drugs and therapies we have to treat them?

Does this sound far fetched? It’s not. Antibiotics fight bacteria but did you know that scientists have not developed a new type of antibiotic since 1987? Over the years, the bacteria all around us have evolved and gotten used to the antibiotics we have, becoming resistant to treatment. This is called antimicrobial resistance (AMR) and it’s a big, global problem.

“AMR today is where HIV/AIDS was in the early 1980s. Countries were in denial and wished it would never affect them. But it was already there.”
– Dr. Lawal Bakare, CEO EpidAlert during the Infectious Diseases Indaba Event 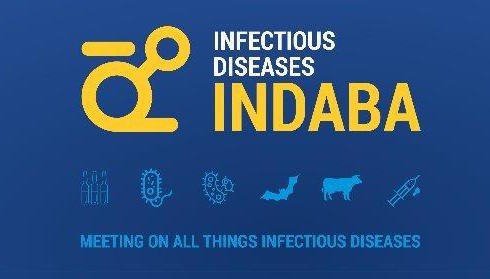 Indaba? What does that even mean?

Those were our thoughts before we attended the “Infectious Diseases Indaba” event organized by EpidAlert. The purpose of the discussion was to help stimulate conversations on best practices, spark innovation, and think through strategies to address the growing infectious disease burden.

AMR and infectious diseases are indeed our “indaba” – a South African word for “one’s own problem or concern.” But just as it is our problem, we also have the solutions at hand.

Why should we be concerned about AMR?

If scientists knew that in an attempt to develop products to fight microorganisms, antimicrobials would end up being one of the leading causes of death, perhaps they would have explored more alternatives like probiotics or vaccines. Instead, by 1988, various bacteria including Enterococcus faecalis, Mycobacterium tuberculosis and Pseudomonas aureginos were already resistant to more than 100 antibiotics.

How bad is this AMR problem?

The guest lecturer at the Indaba event was Professor Folasade Ogunsola who emphasized that we can’t discuss healthcare without talking about the impacts of AMR. In fact, it’s expected that if we don’t act quickly, by 2050:

“We have many existing microorganisms that are already resistant to antimicrobials that have not even been created.”
– Prof. Folasade Ogunsola, Deputy Vice Chancellor and Professor of Infectious Disease, University of Lagos

State of AMR worldwide by 2050

AMR just doesn’t show up in one day; it’s a gradual process. Health workers over-prescribing antibiotics; patients not finishing their treatments or taking their medication properly; the overuse of antibiotics in animals and food production; poor infection prevention and control (IPC) in hospitals and clinics; and lack of hygiene and proper sanitation in communities are some of the root causes of AMR.

What can we do?

All hands must be on deck. We can no longer continue to work in silos trying to address this massive problem.

Globally, a multidisciplinary approach to AMR is being used. The approach is called One Health and it involves designing and implementing programs, policies, legislation, and research in which multiple sectors communicate and work together to achieve better public health outcomes – from human medical professionals to those in the animal and environmental sectors, it involves tackling AMR from a human-animal-environment perspective as it is all connected in this “indaba.”

As Professor Ogunsola said, “If you’re only dealing with human infections, you’re not getting the whole story.” We agree 100% and we’re excited to be part of those advocating for a multi-disciplinary approach to finding and implementing solutions to these resistant supergerms.